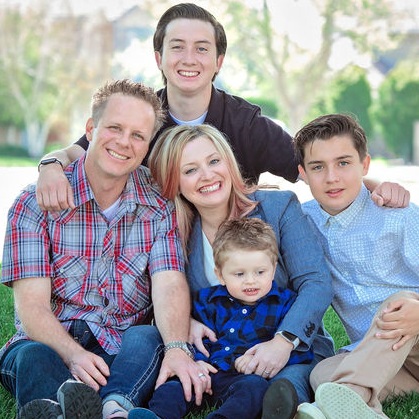 Let’s talk about oil this week.

President Donald Trump set off a chain reaction this week in the oil markets when he pulled out of 2015 Iran-nuclear deal and reinstated sanctions on the Middle East nation. The move prompted oil prices to move higher as investors digested the news, while energy company stocks also increased on the prospect of higher prices.

Crude oil climbed to its highest price since 2014 because Iran is the world’s fifth-largest oil producer, and reinstating sanctions will limit Iran’s ability to export oil. Crude oil prices hit $71 Wednesday, and energy stocks continue to benefit from rising prices. Wall Street has jumped back on the energy bandwagon with energy stocks up 12 percent in the past month.

Analysts now expect the price of oil to continue rising past $80 a barrel this summer. That will result in higher prices at the gas pump. However, the rising prices will also prompt increased production of oil in the U.S., an important piece of the American economy.

In addition, Saudi Arabia has said it will help meet world oil demand in the wake of the reinstated sanction on Iran. However, Saudi Arabia will also have to deal with potentially strained relationships with Russia, an ally of Iran, but a production partner with the Saudis.

Russia and Saudi Arabia are poised to dictate the price of oil based on how they respond to crimped supply from Iran. Most analysts expect the Saudis to enjoy the higher prices of oil before they increase production. Don’t expect theSaudis to increase production until oil prices eclipse $80 per barrel.

The immediate result will be higher gas prices this summer, taking some cash out of consumers’ pockets. But balanced with an optimistic outlook for Americans tied to the oil and energy sector of the economy.

April’s inflation data was released this week with a ho-hum result.

The producer price index was mixed as overall increase in wholesale prices came in at 0.1 percent. However, the rate was much higher at 0.35 percent when food and oil prices are removed. Lower food costs drove the headline number down.

Consumer inflation was flat, keeping the 2.1 percent annual increase that we saw a month ago.

Overall, inflation didn’t break from recent trends, leaving analysts to wonder when the next jump will come. The growing economy, plus this week’s oil news, indicate inflation will increase in the near future. If it does, monetary policy makers will be even more likely to curtail stimulus and increase interest rates to keep the economy from overheating.

Equities have been on a tear this week with all major indices up north of 2 percent on the week in light of oil’s recent rise. Geopolitical tensions have eased a bit as Trump and North Korea’s Kim Jong-un have booked June 12 in Singapore for their historic meeting.

The 10 Year Treasury note has eased its rise to slightly north of 3 percent earlier in the week and has now settled at 2.96 percent. We will need to watch the technicals as the market fights the near-term range of 2.95 percent and 3 percent. Any close on either end of those levels should set the tone for the next move in rates.

Next week is relatively light in data. Watch for Retail Sales and Housing data to possibly provide some direction.

Greg Richardson is Movement’s EVP of Capital Markets and a contributing author to the Movement Blog. His weekly market update is a must-read commentary on financial markets, the mortgage industry and interest rates. Greg is an industry veteran who knows how to read the financial tea leaves and make complex industry data easy for loan officers, real estate agents and homebuyers to understand.